Massimo Perucchini add to the success of the groi, our VP of Operations at KG Technologies, is celebrating his 10 year anniversary this week. Massimo began when KG was working out of a garage in Cotati, California with a group of 6 employees and $14 Million in sales. By year two they grew to $40 Million per year and were able to purchase their own building and continue forward with the growing business. Massimo’s role was not only VP of Operations but he also managed projects and helped with financial and accounting tasks. 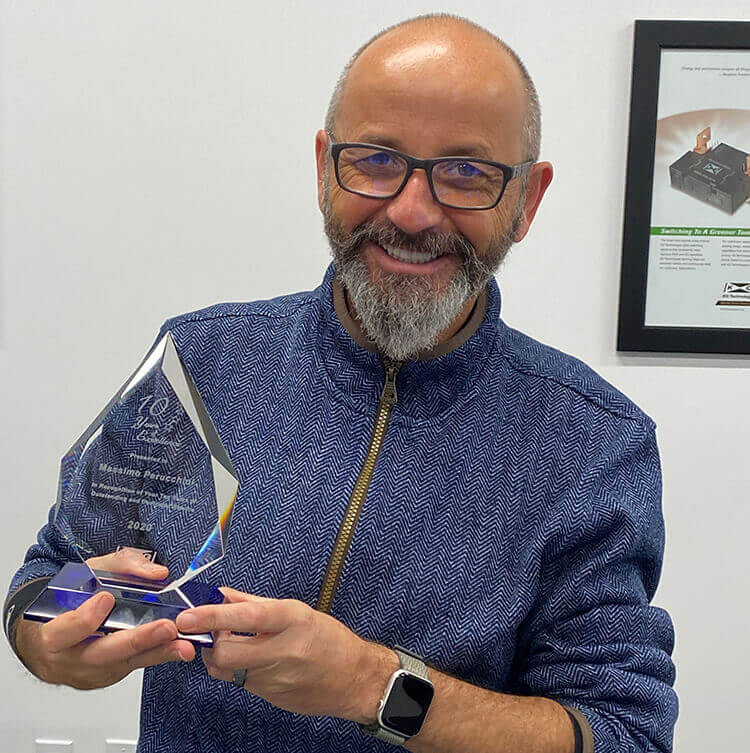 KG continued to grow rapidly year after year and in 2015 Hongfa Group, China, acquired KG. Thanks to Hongfa, KG continued to grow 30% year after year. Massimo said "I was not only happy about the growth of the company but enjoyed working with people at KG and Hongfa, travelling to China and the ability to accomplish my job with a great group". Massimo is looking forward to continue his career with KG/Hongfa and add to the success of the group.